Sir  transfer list, four years before Vincent Kompany joined his noisy neighbors has been revealed and it showed the Belgian was a target for the Red Devils but they never got to getting him to put pen to paper. 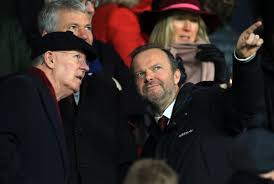 Kompany spent 11 years on the blue side of Manchester and he went from being a relatively unknown black man with a weird last name to a solid base of all manner of transformations witnessed at City over the decade.

The former Belgium international remained one of the very few to survive the Arab dollar storm and years later after his retirement, the Citizens are struggling with signing a player that can actually replace him.

Gerald Pique and Gabriel Heinze were also part of Ferguson’s target and although both ended up at Old Trafford, Pique only got his shine when he moved back home to Barcelona.

It wasn’t all bleak that United missed out on Kompany though. For one, failure to sign the Belgian motivated their next purchase: Nemanja Vidic. Till this day no center back has been able to match his contributions at Old Trafford since he left.

Kompany himself didn’t have it bad either. From leading the Citizens to the Premier League glory more than once to being at the center of the golden age of Belgian football, the retired captain had his own fair share of victories at the Etihad enough to make anybody jealous.

The only thing he didn’t taste was Champions League glory and Pep Guardiola is still trying to figure out a way to gift City that which they desire above every other thing.

Ferguson in his typical manner will not sweat it that he missed out on Vincent. After spending 25 years ruling his world, only Vincent will regret not having an opportunity to be part of it.